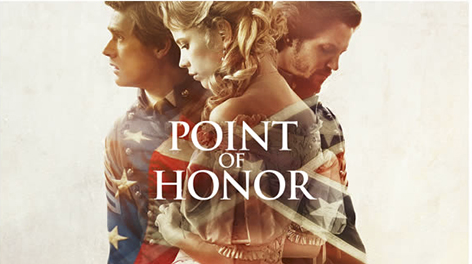 The latest batch of Amazon pilots debuted today, including Point of Honor from Carlton Cuse (Lost) and Randall Wallace (Braveheart). General Hospital and True Blood alum Nathan Parsons stars in Point of Honor, which takes place at the start of the Civil War.

A Virginia family, led by their West Point bred son, John Rhodes (Parsons), makes the controversial decision to defend the South while freeing all of their slaves. At battle against his northern brethren and his best friend and brother-in-law Robert Sumner (played by Christopher O’Shea, Baby Daddy), John leaves his three strong-willed sisters at home to run the plantation that is now without a free labor source. The choice to protect the life they have always known and defend the moral high ground will pit the family against one another and test their strength, courage and love.

Once again, customers will be invited to watch and provide feedback on the shows they want to see turned into full series. The pilots can be viewed on Fire TV, Fire tablets, and Fire phone, and with the Amazon Instant Video app available for iPad, iPhone, iPod Touch, Roku, Xbox, PlayStation, Wii, as well as hundreds of other connected devices such as smart TVs—or customers can visit Amazon.com/AIV to watch online.

If you want to see Point of Honor picked up as a full series, be sure to watch at Amazon.com/pilotseason.