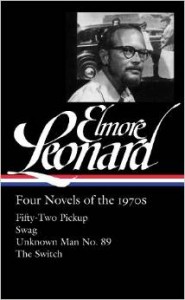 Blending gritty toughness and unpredictable violence with wild humor and an uncanny ear for the rhythms of ordinary speech, Elmore Leonard (1925–2013) was the most widely and enthusiastically admired crime novelist of his time. His genius for scene and dialogue led Time magazine to describe him as “a Dickens of Detroit,” and Newsweek called him “the best American writer of crime alive, possibly the best we’ve ever had.” Now The Library of America inaugurates a three-volume edition of Leonard’s greatest work, prepared in consultation with the author shortly before his death and edited by his long-time researcher Gregg Sutter.